Music Box is a premier concert venue in the heart of Little Italy, San Diego. They offer an array of talented performers from big name celebrities to small local bands. The space soars up 3 levels where you have relaxing lounge areas and outdoor patios plus views of the stage throughout the venue. They offer dinner packages as well, so you can watch your favorite band play while enjoying a gourmet meal.

Jorge: Hello everybody this is Jorge Castellon, I’m here at Music Box, Little Italy’s premier live music location. I’m here with the manager, Joe Renaldi, he’s been nice enough to let us in and get us a quick interview about Music Box. If you haven’t been here you got to come here but Joe’s gonna tell us a little bit about this place it’s awesome great music venue. Joe tell us a little bit about the history of Music Box and why you guys came to Little Italy. 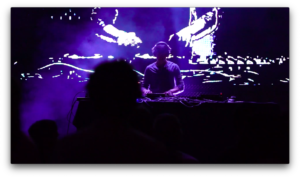 Joe: We didn’t choose Little Italy, Little Italy chose us. The place used to be Anthology, the guys that got me involved in the building, bought the building when it was Anthology and when it went out of business and they made a determination that they wanted to do a concert venue and they asked around town about who could help them do that and they called me up. So the phone rang and they said hey we got this spot in Little Italy and I told him I know everything about it and let’s go do something and the room already had history when we got here it was a jazz club and dinner theater but they had the same idea that I had, which was open the space up make an LA style venue get this place up around 700 people start doing some shows.

Jorge: Awesome! So this is a live music venue right? That’s the vibe here that’s the concept here at Music Box? 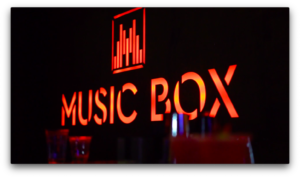 Joe: We definitely do all kinds of things. I can do movies, I’ve done recently a Pink Floyd version of The Wall with a band accompaniment where the movies playing behind. We can do all kinds of audio/video stuff one of the things that I always ask people to take a look at when you do come into the room and get a chance to walk around is that every piece of ground in here is covered with art and the art is different on all three levels. When you walk in, it’s all locally sourced, you start with a hand done Music Box sign that’s illuminated from the back but it’s distressed metal from the front the thing was handmade. I watched the lady make it, it was not easy. Then you go over to our bar and there’s a giant pipe organ piece that’s got to be 25 feet wide that’s hand assembled for the venue and then as you keep going there’s a ‘You Are What You Listen To’ sign as you go up the stairs and then you see the beginning of our mural and our mural extends the length of the building.

Joe: I mean, we just couldn’t be more excited about the fact that we’ve added a dinner and a show concept. The dinner and a show concept is not something you’re gonna find on that small plate menu that you might be asking about but you’re gonna come in at door time and get a plated dinner of your favorite, it could be vegetarian or it could be short ribs, but we have about five items on there straight from the chef to a plate chosen in advance and we see only 20 of them on our best nights and those things are off the charts the customers that have gotten and have come back and it’s always the best time.

Jorge:  So you could come in to watch the show but you get a full meal, oh wow that’s awesome! I didn’t even know that, that’s cool. Also you guys are doing some new things with the bar menu, what are some of the favorite cocktails that you want to tell us about that are on the menu you guys have a full bar here.

Joe: What we’re famous for is Craft On Draft which means you can get a craft cocktail in about five and a half seconds and there’s just nothing better. We got a bold fashion, we got a hibiscus margarita, we got a classic mule they just keep coming then they’re all great they we’ve been doing it since we opened they’re literally built into the plumbing and it’s the best stuff ever. 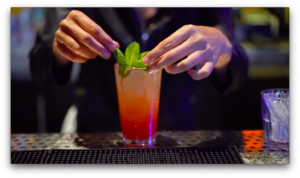 Jorge: Awesome I’m looking at it right there but he doesn’t  want to bring them over or we can get them a little bit later. Yeah this is the best thing ever, oh look at that this is like a real hibiscus in this, beautiful!

Joe: We at Music Box we do not joke!

Jorge: All right so cheers buddy, thank you for having me again appreciate it. Tell me a little bit about some of your favorite musical acts that have come through Music Box over the years.

Joe: We always talk about our grand opening with Julieta Venegas, it’s a fun story! We needed to get open they gave us the weekend to get open and we looked at the calendar and there’s KAABOO. So what are you gonna do? Like you’re not gonna be able to book Sammy Hagar or Foreigner or anything like that because no one’s gonna come because they’re all gonna be up in Del Mar. So we figure out a way to coheres Julieta Venegas to come and do a show where she winds up doing two nights, she winds up selling it out, we sold out our opening nights versus KAABOO is how we got the venue open. Those things are part of the rooms history will never have to we’ll never forget those things because it’s definitely a big make up at how we got here .

Jorge: Awesome, What are some of your favorite things that you’re excited about coming this summer and later on this year?

Joe: There’s a lot of stuff, we just booked Anderson Paak to do a second show after his open air that’s gonna be an after party performance. It’s probably gonna be a night to remember one of those, we like to call those shows ‘The Last Night On Earth’ shows. Where you know you’ll never see something like that again so you better be prepared. 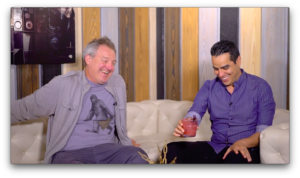 Jorge: I’m gonna come for Anderson I’m already trying to get on VIP with Damon.

Joe: And how does that work out?

Jorge: Sometimes it works out sometimes he doesn’t answer his phone or text me back but I try, I still try. Joe thank you for that we appreciate you and Damon behind the scenes, he doesn’t want to show up on the camera but he’s there and that we appreciate you guys letting us in here to interview you. We’re gonna take a little bit of time as well to take a look at the venue and the show that’s here tonight and we really appreciate it thanks for the drinks thanks for everything man appreciate it.

Joe:  Thanks so much for coming everybody is always welcome to show up. If you want to meet Damon it’s not that hard to come any night.

Jorge: Yeah, definitely come to the Music Box it is the only live music venue in Little Italy which is San Diego’s best neighborhood so we’ll see you guys here, Thanks! 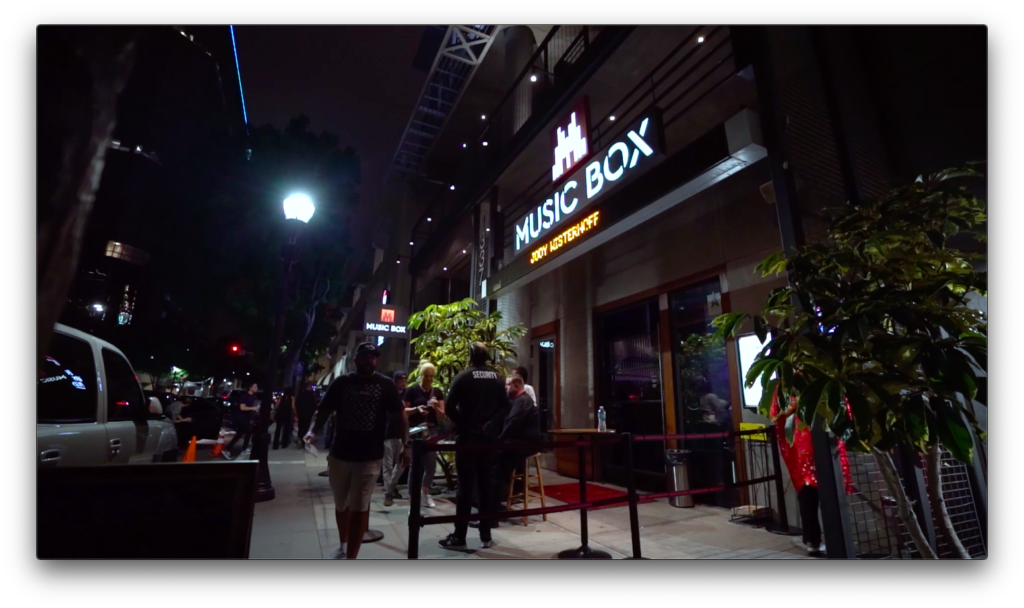